Sometimes I forget that I am pregnant.  I think it is mostly because I can’t “feel” the baby yet.  Just a little cramp or tug here or there, but nothing major.

However, there are little things everywhere that remind me.  Some are not so subtle, like the fun balloons that Meredith put in my room for my NC visit. 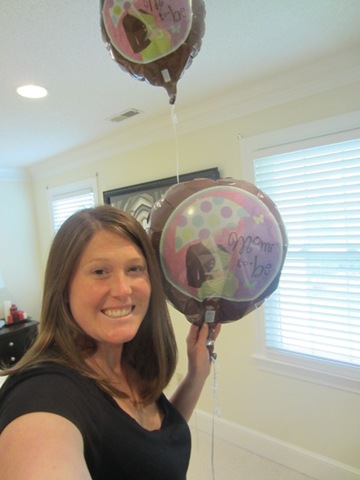 Others are very subtle. 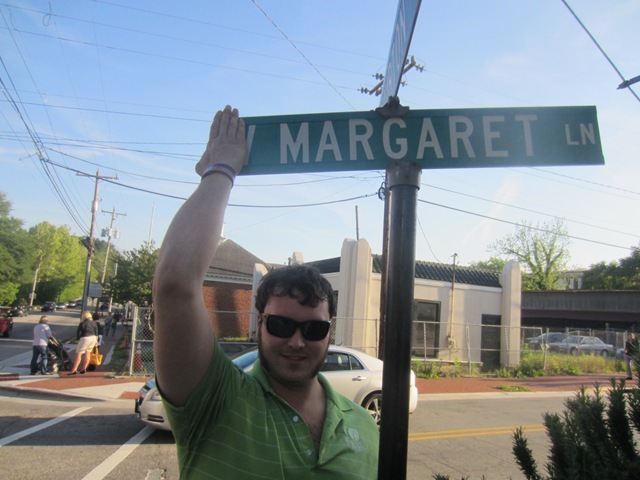 Although I can’t feel the baby – I am definitely feeling different.  I am still very tired, but I am convinced this is more due to my lack of caffeine than the pregnancy.

I am still in North Carolina and feeling extremely homesick.  I think it is mostly because I want to be at home and start thinking about how life will change with a baby.  Now that Dan is here, things are much better.

I am also starting to get tiny waves of nausea.  Most of them are set off by smells.  For example, the other morning I was talking to Meredith when she was packing her lunch and I caught a sniff of leftover grilled chicken.  I almost blew my biscuits, but once the smell was gone I was fine.

Since then, Meredith has been so sweet and sensitive to me being around any smells.  She basically had me quarantined in her bedroom while the painters were painting the kitchen and would barely crack the door as she brought me food.  I am getting very spoiled over here.

I am majorly craving carbs.  The thought of eating veggies, fruit, or protein doesn’t sound bad, but carbs just sound so much better.  Specifically, I have been gulping down lemonade like it is going out of style.  I feel extremely guilty for not documenting this on the blog, but I don’t want to give away the secret quite yet.

Cute things Dan has said about the baby, or Margaret, as he calls it:

1. This morning I was working in bed and she asked me for a pillow.  I thought he wanted it for him, but when I handed it to him he put it in between my belly and my computer.  He said, “Margaret shouldn’t be so close to the computer.  It is better to be safe than sorry.”

2. Today, I almost fell in the water when I was trying to grab my shoe that fell in the river and he said, “Oh no, Margaret!  Hold your breath.”  Hehehe.  To be clear, I was on the other side of the bank, so there was nothing he could do to stop me from falling.

Email ThisBlogThis!Share to TwitterShare to FacebookShare to Pinterest
Labels: pregnancy