My lovely friend Chessa was nice enough to post a few of her pictures from over the weekend.  So, I did what I always do – steal them and act like they are mine.  Thanks Chessa!

The details: We went to Truman Lake, which is only a little over an hour drive and was not crowded at all for a holiday weekend. We camped at the state park campground and left our boat at the marina next door.  Clean and convenient.  If you live in Kansas City and are looking for a great place to camp / fish / boat – this is the place that I recommend.

Dan wore a captain’s hat the entire weekend, which everyone thought was hilarious.  Every person he passed / drove by referred to him as “Captain.”  One woman even said that he “looked like a walking party.”  Sigh. 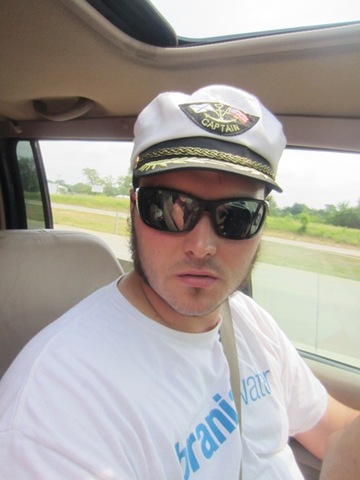 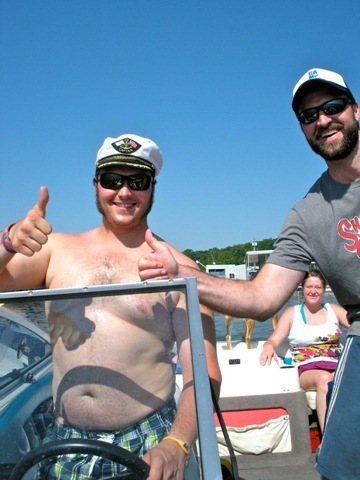 Brad (on the right) was the best first mate in the world.  He took care of the anchors and such while I relaxed on the front of the boat like a bum the entire weekend, except for the few instances where I got out to swim (but then I just laid on a raft). 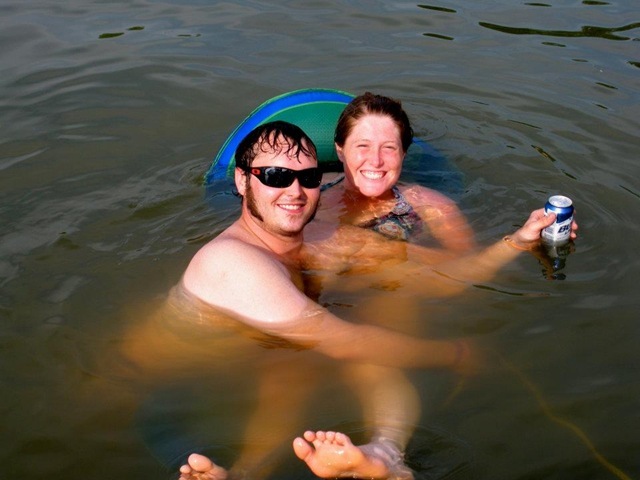 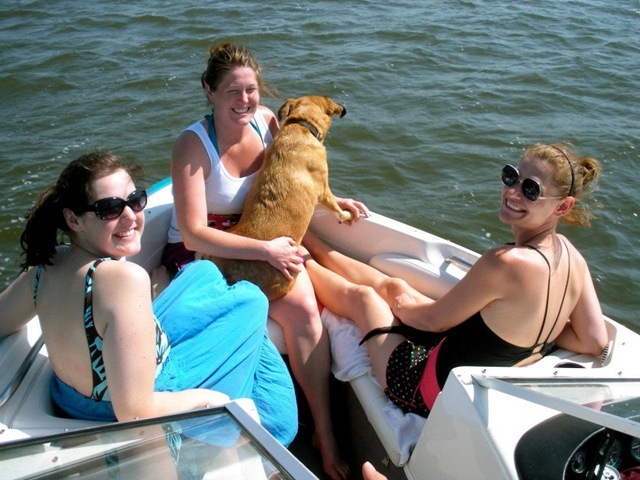 The above is not the best picture of me, but I included it to show how Lilly was the entire weekend.  She loved being on the front of the boat and catching the wind in her ears. 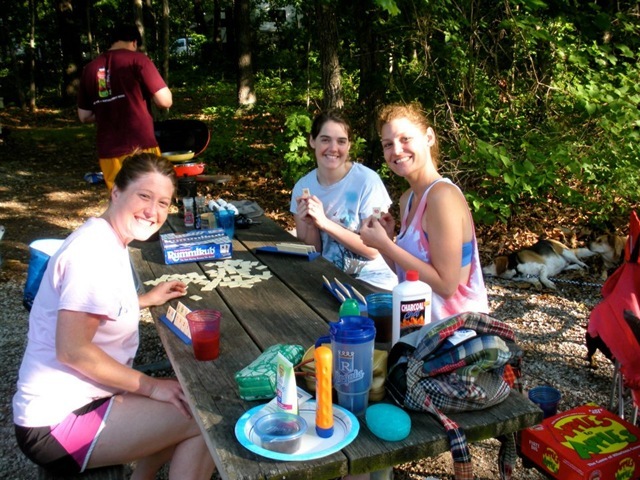 When we weren’t on the water, the girls spent a lot of time playing Rummikub – one of my favorite games.

The boys cooked, played frisbee, and ate Slim Jims like they were going out of style. 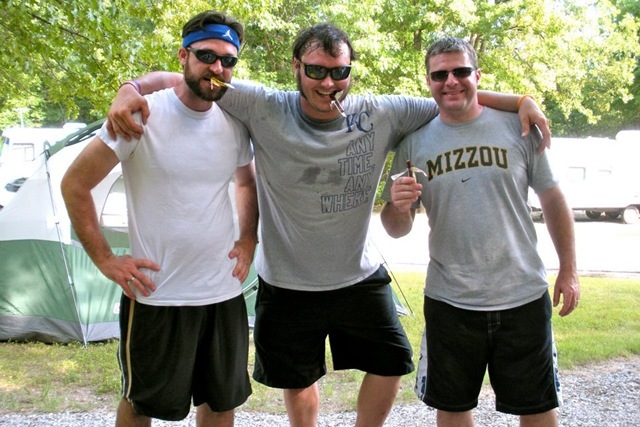 Although we lathered up with sunscreen, the weekend left us a little pink.  Dan was the worst, and Chessa took this picture because she said that Dan and I were the same color.  Hehehe. 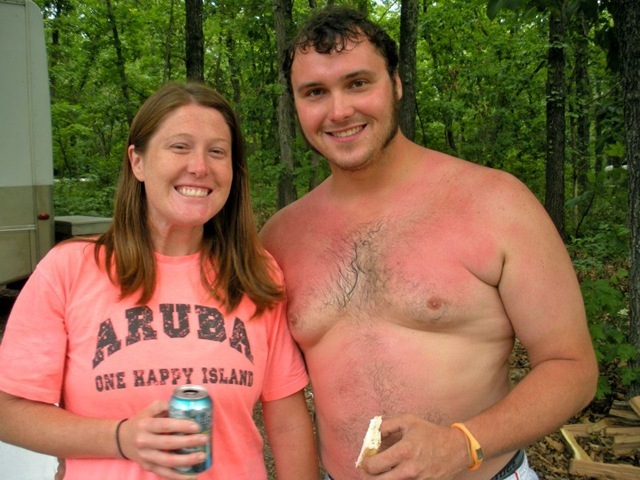 My favorite part about camping is the food (of course).  So, I thought I would share our menu because when I started camping I never knew what to bring other than hamburgers and hotdogs.  I am proud to say that we didn’t eat one hamburger or hotdog the entire weekend.  This menu was thought up mostly my Meghan and Chessa.  I had little to do with it, but again am taking all the credit.

Saturday Lunch: Deli sandwiches and chips (I know, nothing special, but we were in a hurry to get out on the water).

Sunday lunch: sausage and crackers, fruit and veggies with dip and hummus (on the boat)

Sunday dinner: beef, shrimp, and veggie kabobs and grilled corn on the cob

Monday breakfast: bagels and cream cheese (We had to do something simple so we could pack up and get out of there)

My mouth is still watering typing all of that delicious food.

The food I ate yesterday wasn’t nearly as exciting, but did include a lot of leftovers from the trip.

Breakfast was typical cereal topped with the best blueberries I have tasted this season. 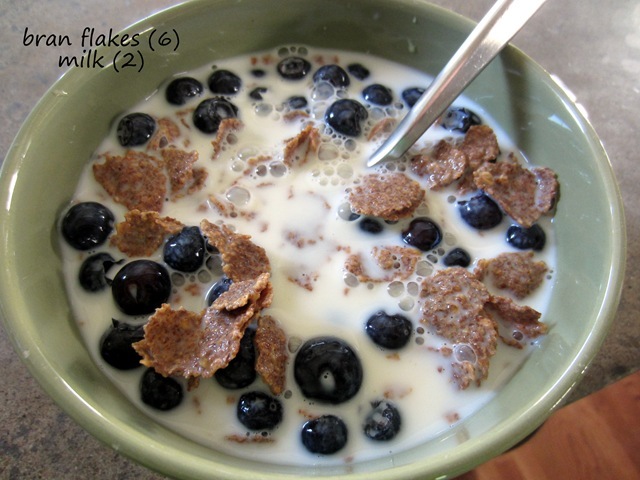 Lunch included leftover bologna from camping and reminded me of my childhood.  I really wanted to go to the vending machine, buy some Dorritos, and crunch them in between my sandwich, but I refrained. 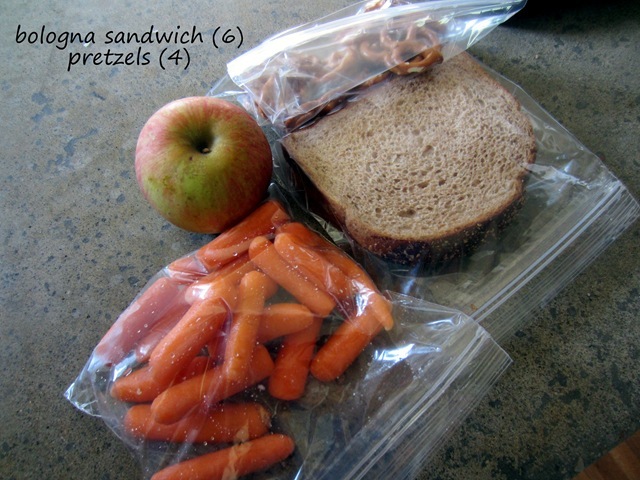 I heated up the leftovers from Thursday night for dinner.  Still good. 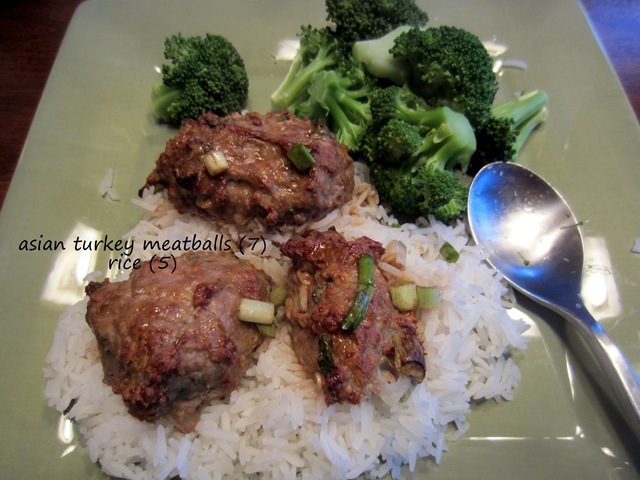 Dessert was also leftover from camping – I could not resist.  Yum. 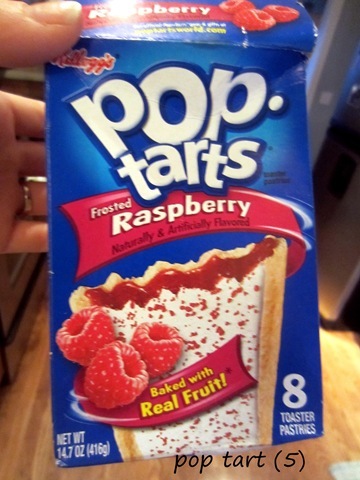