Good news!  Remember how our Explorer was jacked last weekend? We now have it back, although it is a little worse for the wear and lacking a stereo, and we have no idea where it was found, who took it, or who found it.  Those policemen are just full of useful information. Sigh.

Obviously, the point of this blog isn't to create tasty recipes or display beautiful pictures of food.

Let's be honest, I have the creativity of a bar of soap and consider myself lucky if I get more than one snap of the camera before shoving my meal in my mouth.

This weekend's to-do list was a doozie, so naturally I didn't finish one thing and instead played around with some new recipes, my camera, and my newly downloaded Picasa photo editor.  In feel like I was "playing food blogger."

Breakfast featured my new favorite Alternative Bagel--check out the protein and fiber that baby has! 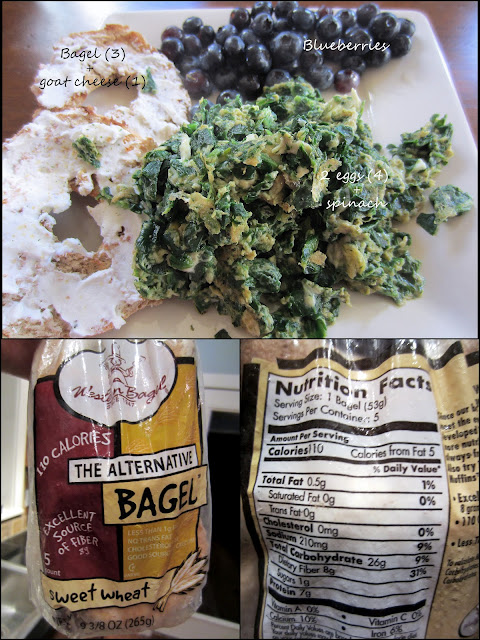 Lunch was a make shift pizza but packed the flavor.  I love that little jar of Trader Joe's Eggplant Garlic Spread, which is supposed to be "a traditional Bulgarian recipe."  However, when I lived in NC, my roommate was from Bulgaria, and she had never heard of such a thing.  Oh Joe, you're such a trickster. 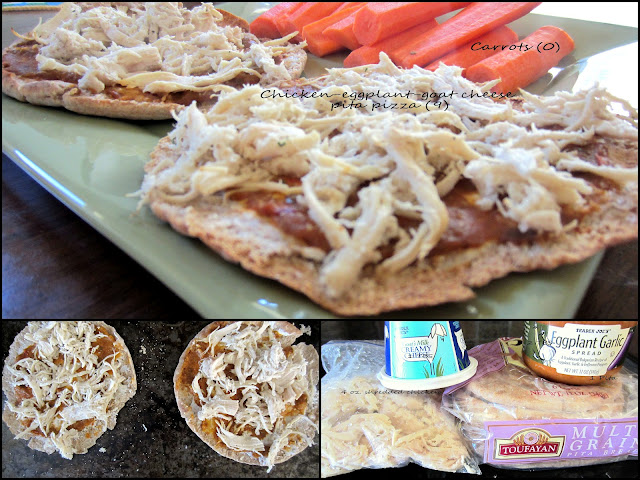 When *this recipe* for Chia seed pudding popped up in my Google reader, I decided to make it immediately (instead of organizing my pantry), but didn't have a few of the ingredients, so I made a few "modifications." Although the result was yummy, it was more like a drink and less like pudding.  Looking back, I may have forgotten to add the flour, which should be expected when I am try to take pictures of the ingredients. 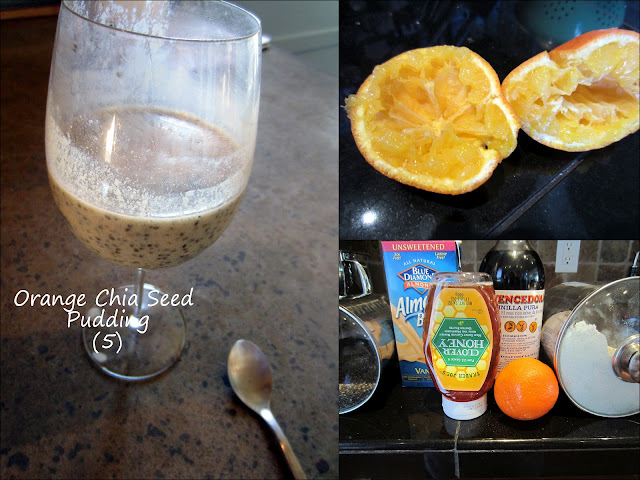 We had some last minute guests over for dinner so we threw together an Asian feast. 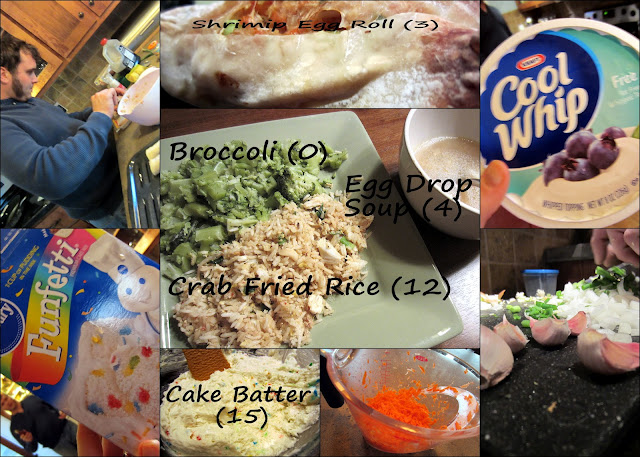 Appetizer: Hungry Girl Shrimp Egg Rolls (click *here* for the recipe).  Dan also made a version of these with lean ground pork and I have to admit they were better.  Seriously?  Am I ever going to win?

Side: Egg Drop Soup. We didn't follow a recipe, but just seasoned some boiling chicken broth with soy sauce and then dropped some eggs in there while stirring until it looked right.  Turned out pretty good.

Main Course: Thai Crab Fried Rice (click *here* for the recipe).  Dan had to spice this up a bit to immitate his favorite dish at Thai Place and he got pretty close...

The night ended with the girls losing in Taboo. 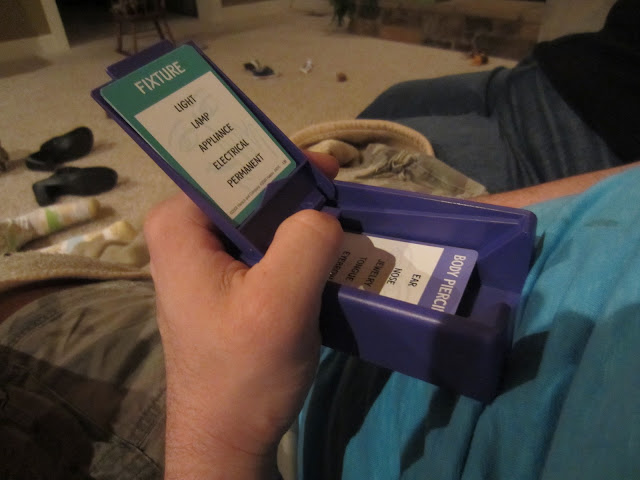 Side note: to describe that word, Dan just kept on saying the word "sconce" over and over again, and could not believe that his team wasn't guessing the word "fixture."  Bahahahaha.