Greetings from sunny cloudy Disney World, where they bribe you with coffee. 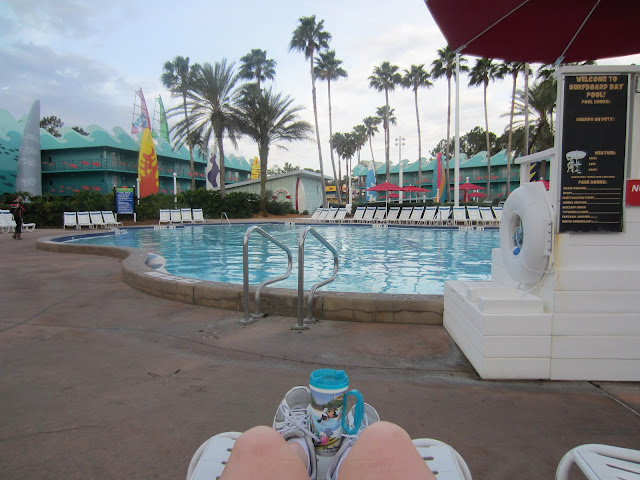 I don't remember the last time I went to a hotel room that doesn't provide complimentary coffee.  Grrr...

Dan and I barely made our flight last night because he, "doesn't like to be rushed."  Tell that to the pilot.

Because we were running late we didn't get a chance to eat anything, so it was a good thing Big Mamma came prepared.  I ate an unpictured TJ's fiber bar (3) and an apple, along with hazelnut butter pack (5), and the snack they gave out on the plane (3). 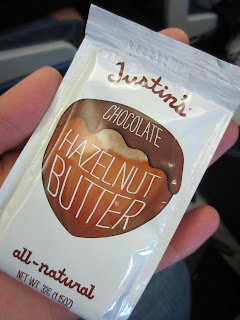 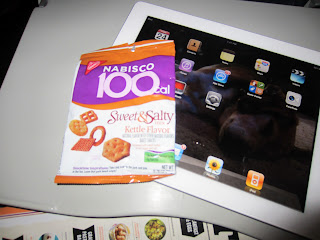 When we got to the airport we hopped on Disney's Magical Express, which was complimentary, and took us to our hotel while we watched a video of all the things there are to do in Disney. 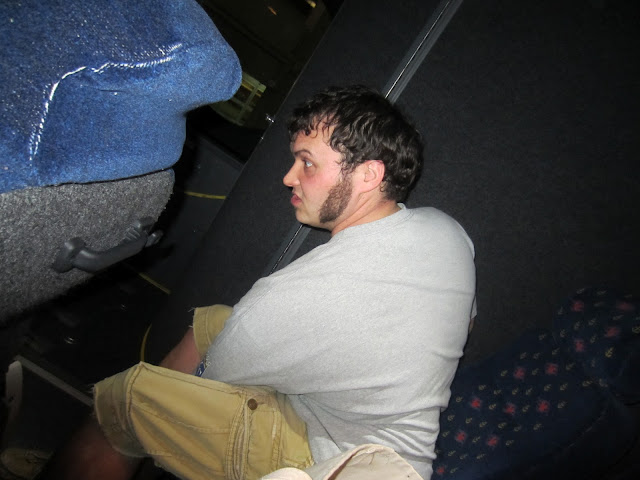 Don't let that picture fool you, he moved to a different seat to be closer to the TV.  I have a feeling that while not taking any children to Disney World, I will be taking a child to Disney World. :) 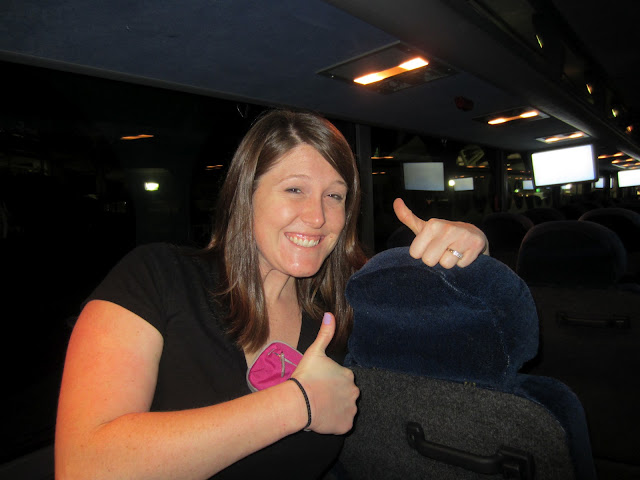 Once we checked in and dropped our stuff off at our room it was around 11. 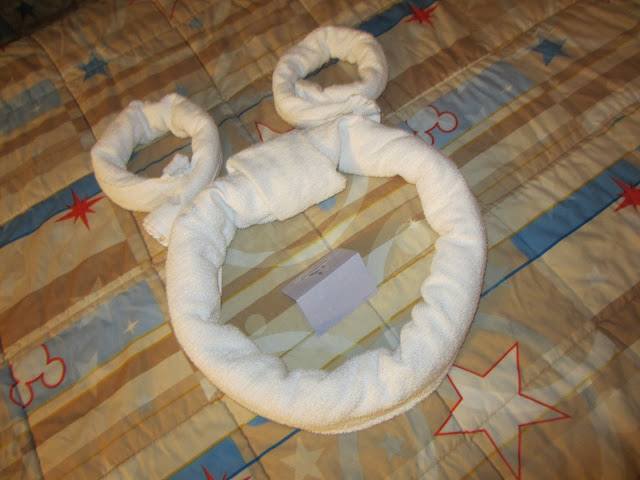 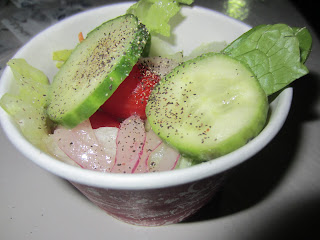 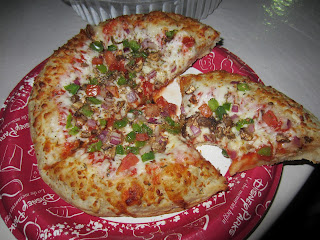 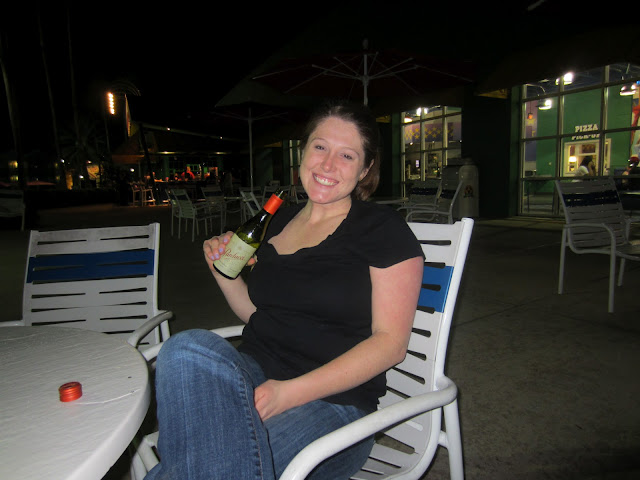 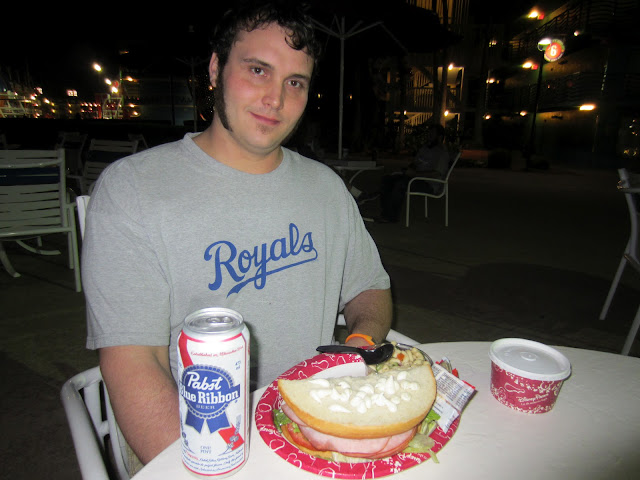 We ate poolside, watched all the "hooligans" run away from their parents, and discussed how our future daughter would "NOT ever wear shorts that short."  Hehehe.

We went to bed early and are ready to tackle the day today.

For breakfast, I sipped on a green brown monster smoothie that included 1 T chia seeds (1), 2 C coconut milk blend (2) 3 handfuls of spinach, 1 scoop of chocolate protein powder (2), 1 C frozen mixed berries, 1 T of almond butter (2), some Splenda and ice.  That thing was huge and kept on growing.  My tummy was quite full all morning. 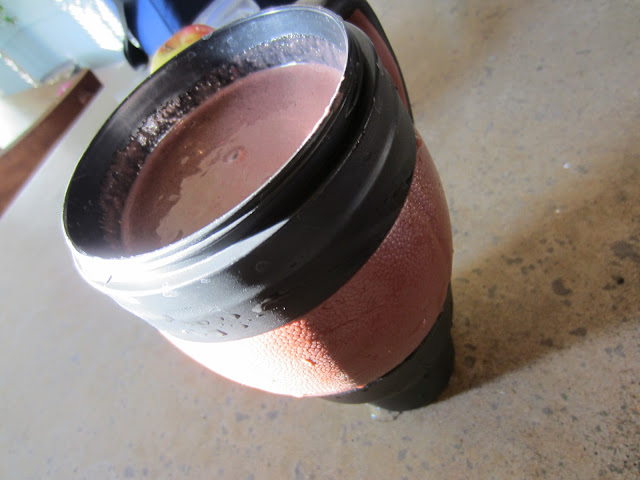 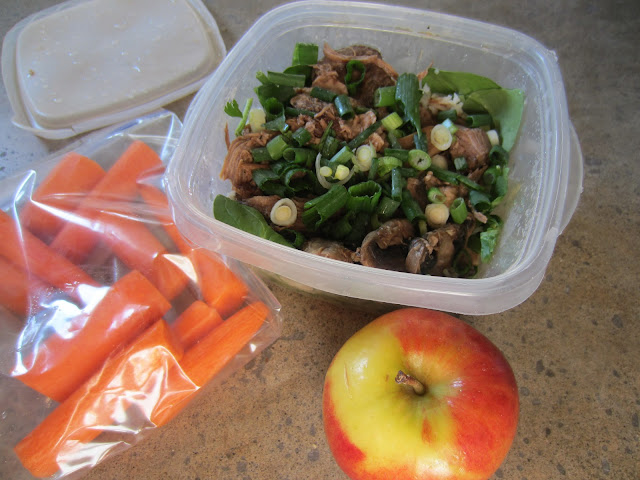 Run
I busted through a quick 5K while watching New Girl.