Yesterday I watched In Time while I ran ELEVEN miles.


The action and suspense in the movie were just what I needed to take my mind away from the run.  A large improvement from the chick flicks I have been watching lately. During the run there were times when I couldn't help but think about how far I had run, how far I still had to go, or how uncomfortable I was.  I just kept on telling myself that I can't expect eleven miles to be easy, that it is going to require some work and uncomfortable-ness.     I also screamed at myself (in my head) "BE AN ATHLETE!" a few times when I was feeling tired. I don't know why, but for some reason that helped. When I finished I felt pretty beat-down, BUT, I think I would have survived if I had to go another two miles.

Last night Dan and I headed to my sister's house for a family dinner, which also means K-man time!!! 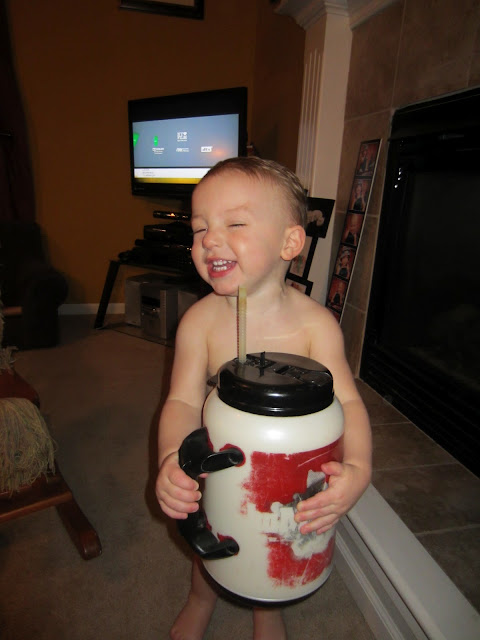 Jessie made (wonderfully delicious) chicken fajitas and I brought black beans and rice as a side.

Kauffman had fruit.  Jessie tried to give him a bite of my black beans, and he quickly made a horrible face, took them out of his mouth, and tried to hand them back to her.  You are right Kauffman, those weren't my best work.

Notice the fruit perfectly placed on top of his cup. 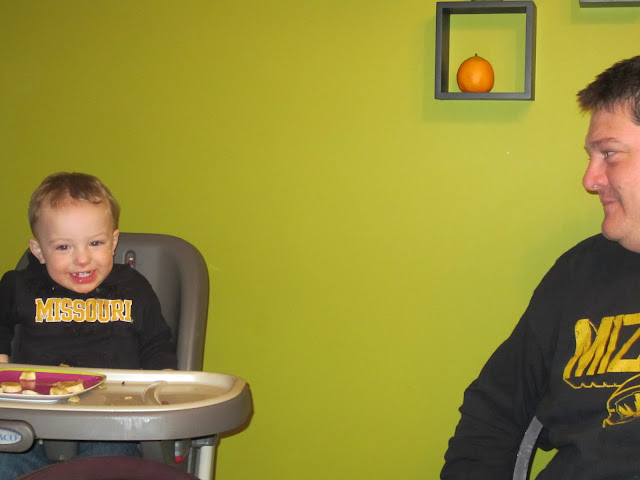 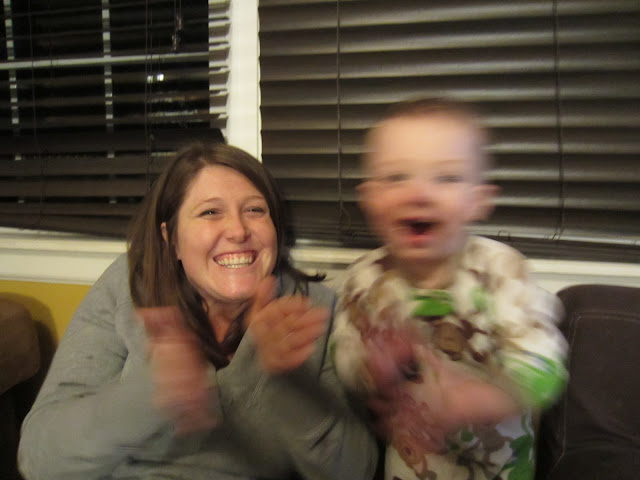 Kauffman, as always, was the star of the show.  It is a good thing he doesn't know to ask for things like a car or a boat yet, because if he did I would give him every penny I had.


I also brought garbonzo bean deep dish cookie dough pie.  Dan has been requesting "melting cake" for weeks and I thought a crowd would be the perfect excuse to make it.  In an attempt to decrease the sugar, I subbed 3/4 C of brown sugar for 3/4 C of Splenda.


Other Eats
Before and after run breakfasts were pretty typical

Lunch was tres gourmet.  I honestly didn't have the energy to think of anything else to eat.

Today is a rest day with a little bit of work and a lotta bit of fun!