Today, I am Thankful for...

Remember when my friend Isabel from South Africa came to my  family's house for Thanksgiving?  One of the things she asked beforehand was if my family would go around the table and each say something that we were thankful for, "like they do in the movies."

I replied that I hoped we wouldn't this year, because when we have in the past I always felt like a deer stopped in the headlights.  After the typical "my great friends," "being around family," and "this wonderful meal" had been said, I had nothing.


On a related, but different, note, a few years ago our friends Brad and Chessa hung a huge piece of paper on the front of their refrigerator, that was titled, "I am thankful for..."  Everyday they would write something down that they were thankful for.  It was beautiful to see their answers.  At the time, I was living in North Carolina away from my family and most of my friends, and couldn't think of much to be thankful for, even though I still had so many blessings.

Both of those examples (and many others) are proof that I need to a major gratitude-adjustment.  It is so easy to look for things that I should get upset about and not look for things that I should be happy about.  After reading *this* and talking to Dan we decided to tell each other 3 things that happened during our day that we were thankful for every night before bedtime.  (Side pharmacy joke: I really wanted to write that sentence as "....3 thankful things q HS.  Hehehe).


I won't bore you with these details everyday, but I thought it would be fun to share what we came up with last night.  Warning, these are pretty random, but I think that is the point.

My first thankful-thing was that I watched the he most recent episode of Glee  and the first song was "Summer Lovin'" from Grease.  I love that song!  It put pep in my step that lasted through 5 miles of the easiest run I have had in weeks.

Dan's first thankful-thing was his boss.  He has had some problems at work in the past, and recently things are starting to look up in that department.

My second thankful-thing also had to do with work and a document that was emailed to me that I know will help to answer a lot of questions I have in the future.


Dan's second thankful-thing was a boy's haircut.  I know that is kind of weird, but we saw a boy who had a "different" haircut and Dan said, "Hey, look at that guy's hair, isn't that awesome?"  Dan later said he was thankful that even though the boy had different hair, he could appreciate it, and not make fun of it.  He was thankful that he has made that change in attitude.

Dan's third thankful-thing was that we were able to go to dinner at Bonefish Grill, a restaurant he has been begging me to visit for months, but we hadn't had the chance until last night. 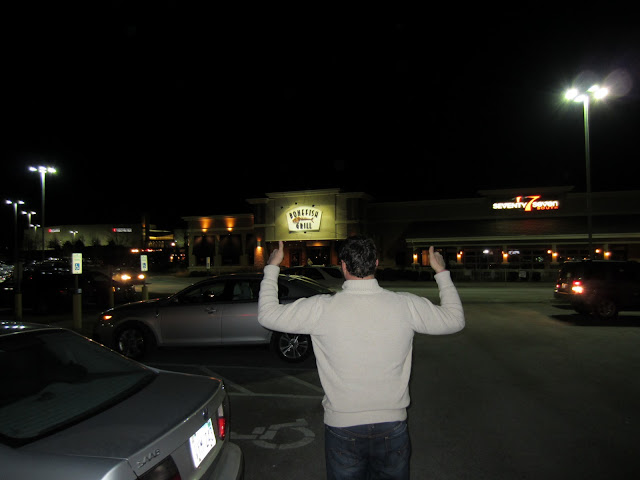 My third thankful-thing was wine!  I thoroughly enjoyed sipping on a glass of Malbec while we were waiting for a table for dinner at Bonefish Grill.  (Dan had a martini). 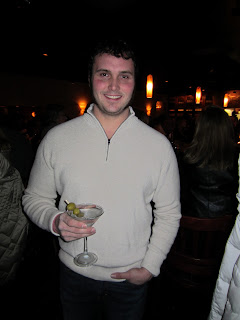 Our appetizer was the daily special $5 Bang-Bang Shrimp.  Yum.  The rest of the meal was even better.  I think Dan and I have decided to go there every night until we die.

Throughout the night, Dan kept on thinking of more things he was thankful for and kept teasing me that he was up by 3, 4, and so on.  It looks like it is going to be a competition... 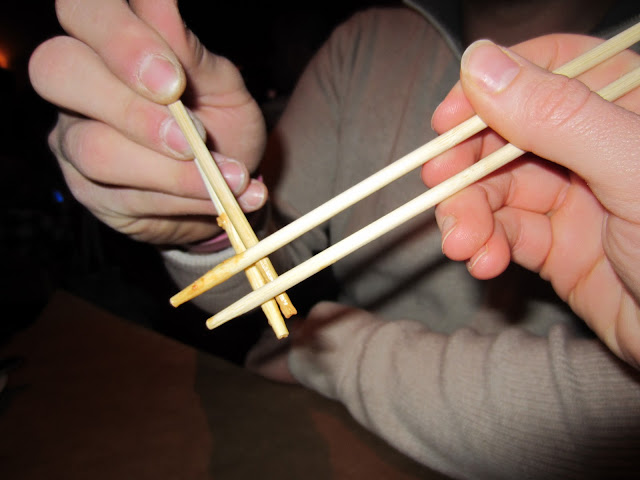