The first time I made Asian Glazed Chicken (click *here* for the recipe), Dan and I fought over who would get the last little bit of sauce from scrapping the pan.  It was similar to a Chinese take out chicken, but so much more flavorful.  As I was cleaning my plate I could not believe that the entire recipe only has 4 teaspoons of sugar because it tasted so sweet, almost like an Asian BBQ sauce.  I wanted to drink it every night for the rest of my life.  Dan and I now call it "Pan Lickin' Chicken."

Last night, for the sake of our marriage, I doubled the sauce recipe just to make sure we had enough to go around. :)


I modified the original recipe by using chicken breast instead of chicken drumsticks and tripling the hot sauce.  It was so hot that I needed a little cool down while Dan was finishing his meal.

After work I stopped by Trader Joe's to pick up a few things and snacked on some blueberries during the drive home. 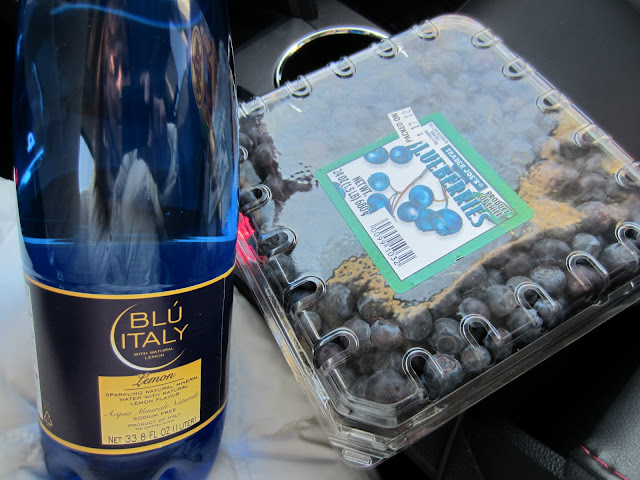 After dinner, I wanted to make something to eat before my long run the next day.  I need something that doesn't take up a lot of room, but packs a lot of good energy.  I checked out the energy bars at Trader Joe's but none of them looked all that great. Instead, I made Gina's Amazeballs (click *here* for the recipe).  I omitted the chocolate bar (what was I thinking?!?) and added 1/3 C of oatmeal.  I had every intention of waiting until this morning to eat them, but as I sat down to watch a little TV, they were calling to me.  So, I ate two and saved two for today.  That's a good compromise, right? :)


My belly went to bed happy.