Sunday was a true day of rest at the Kendricks'. 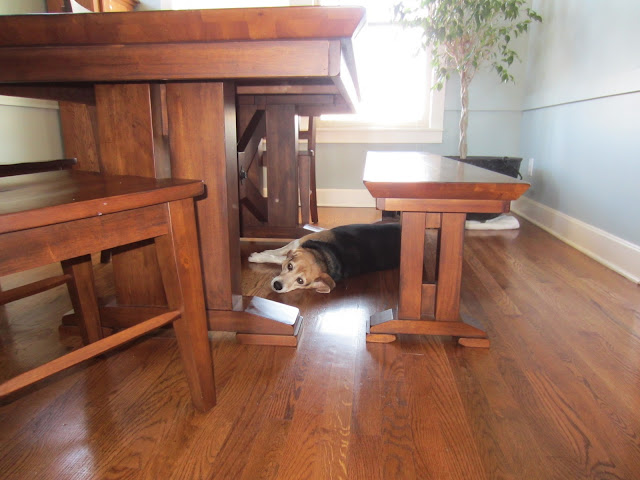 We stayed in comfy clothes, laid around, watched football, and ate a lot of food.

For a few weeks Dan has been saying he wants to make breakfast pizza.  I thought having a house full of hungry guests would be the prefect opportunity.  Dan's recipe included a pound of sausage, bacon, and cheese, and although that sounded amazing, I didn't want to blow my wad on breakfast. 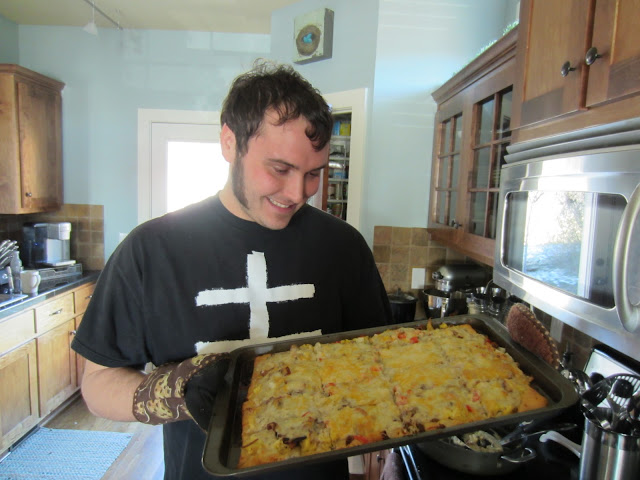 I found a recipe for a tarragon cheesy baked egg tart with zucchini and tomatoes.  (Click *here* for the recipe.  The only substitute I made was feta cheese instead of Swiss and cheddar.)  The result was a very unique tasting, yummy breakfast.  And also a little burnt because I was busy chatting instead of checking the oven.  Hehehe. 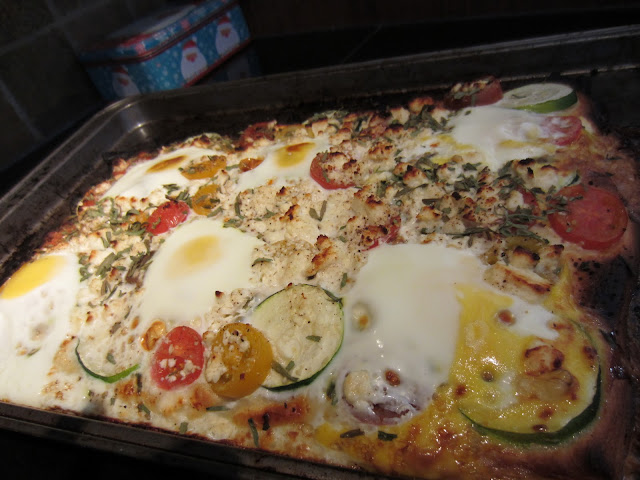 I did get one taste of Dan's pizza, and I have to say that if it were a competition, he would have won. BUT, I am convinced that I could make a lighter version of his recipe.  Stay tuned...

After breakfast, I converted into pure couch potato mode.  Here are some other snacks for the day:

I had a bunch of lemongrass tea left over from the Fire Pot Soup I made the day before.  Chessa took one look and that and said, "Oh, we should make lemongrass tea."

All she did was boil some lemongrass in some water for about 15 minutes and my house smelled like it was just scrubbed down with lemon Pledge.  Mmmmm.... 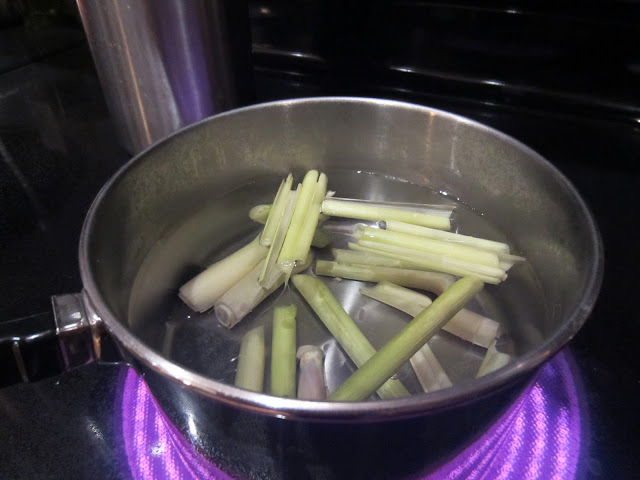 Have a wonderful week!