Yesterday our muscles were so sore that we decided to take a break on skiing.  Instead, we decided to ride giant yellow tubes down the mountain. 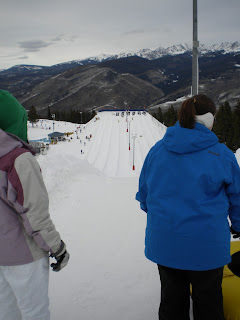 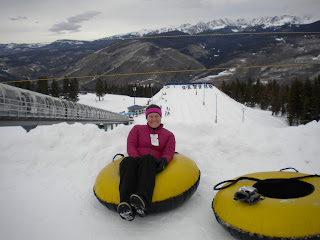 My brother-in-law and I were racing, so we got a running start and went down the hill "super-man style."  But I didn't land on my tube all the way, which resulted in my body (sans tube) log rolling down the hill about 1/4 of the way.  Hahaha.  (For the record, I was beating him before I fell off.) 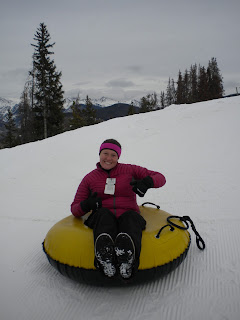 Despite the tumble, it was SUCH A BLAST and made me feel like a kid again.  It was also a nice rest from my oh-so-sore muscles.

On my last trip down, I thought to record it with my phone. Give it a few seconds to start, because I had to put my glove back on before I went down....

Because of the sore muscles, and some weird altitude sickness, I didn't run yesterday and I don't think I will run today.  BUT, I will be skiing, which come to find out, it GREAT exercise.  Hopefully tomorrow, with some stretching and Advil, I will be able to get back on the horse. 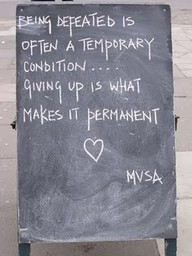