Friday night Dan and I met some friends up at Dave and Buster's to celebrate Liz's birthday. 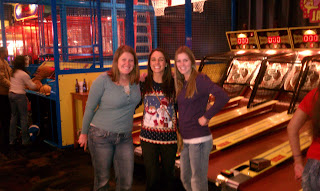 I realized that Dave and Buster's is like Las Vegas... 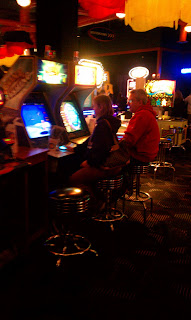 But I did get my gambling fix on playing "Deal or No Deal".  Ugh, why did I always pick "No Deal"? I ended up with 2 out of the possible 300 coupons.  Now I have felt the anguish that the contestants on the show go through.  I will never judge them again  :) 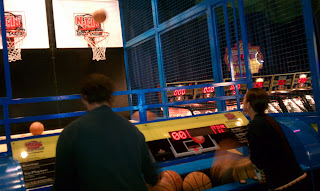 racing and "shoot-em-up" games, as Dan calls them. 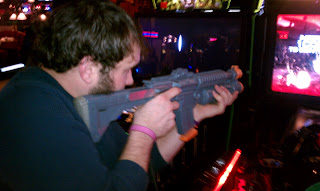 Ashley and Brady had to leave a little early because they were heading to a real Ugly Christmas Sweater Party. 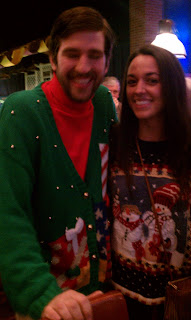 Unfortunately, they missed the best part of the night:"The Gene Machine." 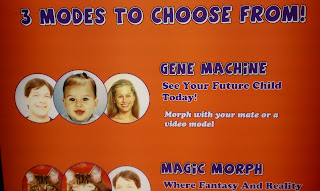 A machine that predicts what the offspring of two parents will look like with just pictures of the parents' faces. When I found this I knew my night was complete.

I mean, can you imagine any bad genes coming from this? 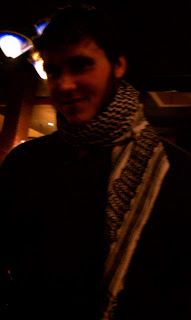 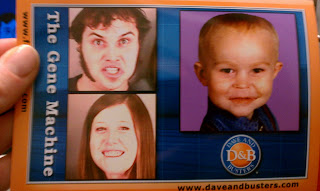 Not too shabby.  Dan says that the baby is ugly, but I thought it could have been much worse.  Especially with the very unflattering face that Dan was making and my teeth that appear to be rotting.  (You should have seen Liz and John's baby...hehehe)

Although we had to leave, the next time I go to Dave and Buster's my plan is to sit outside the machine and see every couple's reaction to their future child's face.  I caught a few last night...priceless.

This week Dan (and company) also set up my GIGANTIC desk in my office, which made working from home this weekend very nice:. 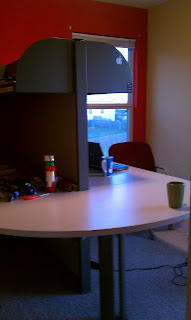 I had great company 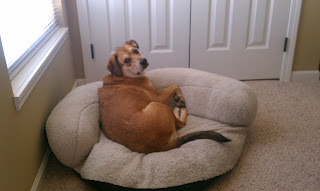 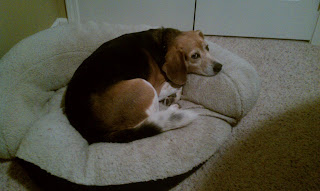 Now all I am looking for is a business partner to take up the other side. :)

Saturday morning I squeezed a little 3 mile run into my schedule.  Today is my rest / stretch day.  But, with all these cookies to bake I don't know how much of that will be happening. 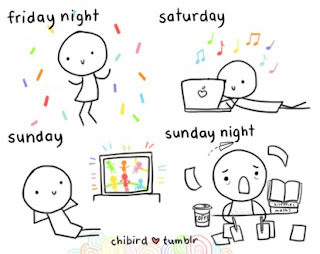