I am absolutely loving this beautiful weather, 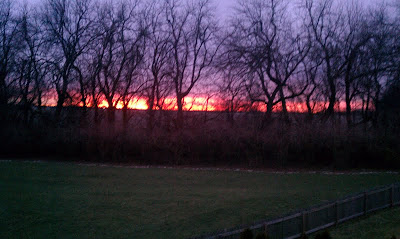 but I am ready to go sledding. Bring on the snow!

Remember how my coffee maker was broken?  Well, my friend Chessa told me to run vinegar through it, which worked for exactly two days, and now it is broken again, except I can't even run anything through it anymore.  So, back to some oven mitt tea action. 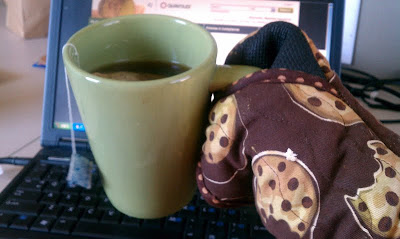 Tomorrow I really am going to call them...

This morning I ran a short but effective interval workout that I found here. 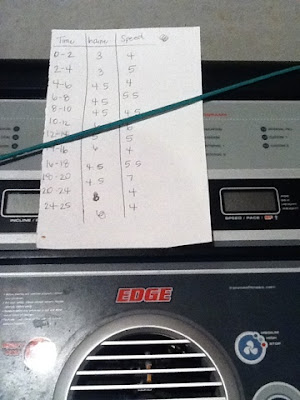 After the workout I decided to try something new.  A few days ago, one of my friends sent me the following message on Facebook:
I saw this on pinterest and it made me think about ur running blog.

Run backward to get fitter.

How awesome is that?!?  Now Lord knows that if I went straight to running backwards I would last all of 5 seconds before falling off the treadmill.  So, for a "cool-down"  I walked backwards at 2.0 mph for 5 minutes.

At first it felt really weird, but after a while I started to get the hang of it.  I can see how it would help to build different muscle groups.  Next week I hope to find a jogging / walking backwards treadmill workout.

Who knows?  Maybe one day I will as good as this guy:

Over lunch I went to the DMV to get license plates for my new baby.  I only waited in line for an hour (because it is the last business day of the month and year) and then realized that I didn't have all the paperwork I needed, but with one quick detour I was back in the game with new plates in hand.  To reward myself for only spending one day at the DMV I went to Tara's to get an ice cream cone. 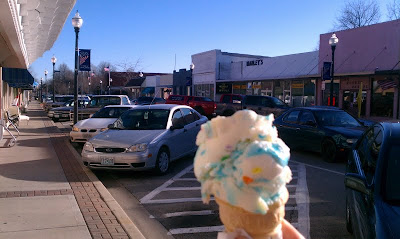 Tomorrow is going to be a little, short, slow kind of run and then a rest day to start off the New Year right! 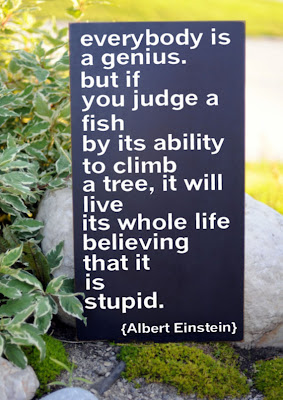