I did not run  yesterday because I was in a tryptophan induced coma followed by Black Friday shopping into the wee hours of the night. 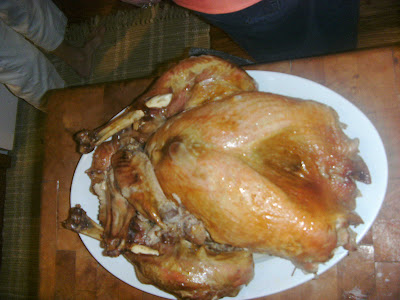 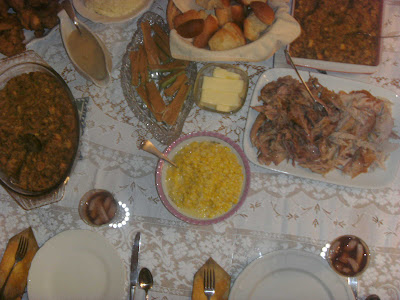 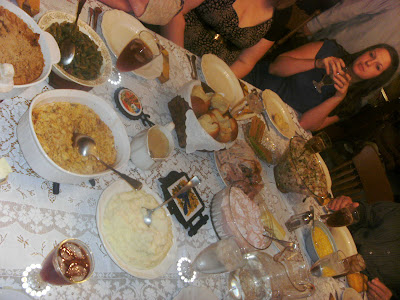 It was better this year because we had a special guest, my friend Isabel who is visiting from South Africa.  I wanted Isabel to experience a true "American Thanksgiving," and where better than Grandma June's?

We played a new game called Quelf, which I will not play again unless EtOH is on my side.  Poor Isabel had the worse things to do.  Here is a picture of her stuffing multiple things down her shirt :) 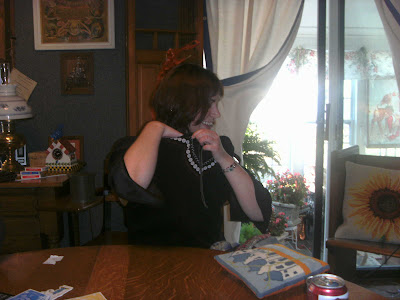 After dinner we played more games... 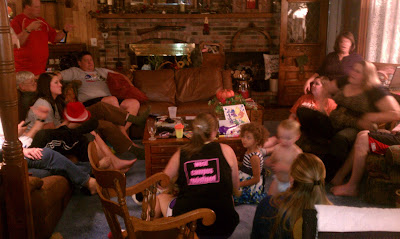 ...then braved the Black Friday crowds.  Although we didn't last very long we did pick up a suburban full of goodies.

Last night we went to Dan's parents house for Mexican goodness.  It was great to see his side of the family.  This is Brook, my niece. 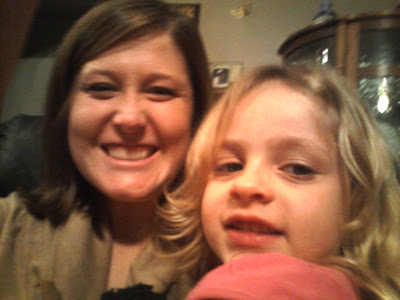 This morning it was raining in GCMO, so I had to resort to my grandpa's treadmill, which is older than I am.  The suspension is out, so it feels like running on sand.  After 3 minutes my shins were burning, but eventually they went numb and I finished my 3 miles.

Now I am off to eat lunch.  K-man is helping Uncle John fry up some chicken fried steak. 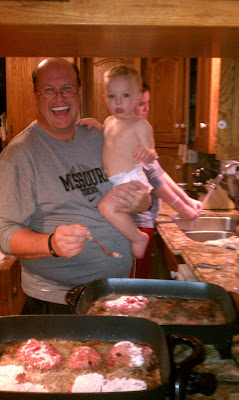 Tonight we are going Ameristar to watch the MU game and celebrate my cousin's 21st birthday the best way possible: at the Pai Gow table.

Have a wonderful weekend!